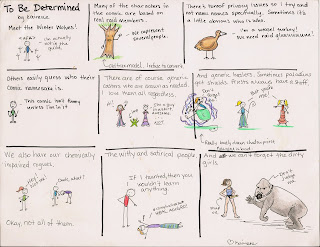 I've had this comic kicking around for a while and only just got around to finishing it. So if you're interested in learning about some of the personalities of our raid, this is the comic to read. It certainly won't have you meet everyone, but if you ever happen to raid with us after reading the comic, you'll know who people are.

Not that this comic is at all being used for recruitment.... btw, we need melee like whoa, hunters preferably, and probably a few casters as well!
Posted by Amy M at 11:27 PM No comments:

Stop being so LOUD. GAWD. 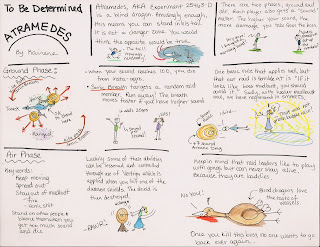 There was probably more. But I had a friend sitting next to me whining that I've been making my comics too helpful. So this will hopefully be a step in the previous direction.

But as the Flowchart of Fail can attest, nothing I ever do is satisfactory so we might as well just pre-blame the Kairene and move on. On the other hand, I do have another comic waiting in the wings. Take THAT.
Posted by Amy M at 3:00 AM No comments:

CURSE YOU REGINALD aka A drunken Story 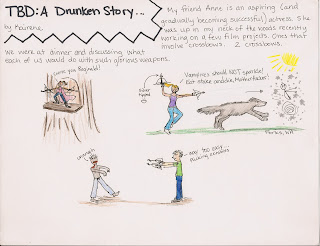 So my friend Anne was in town. And this happened. To see the video fruits of her labors, please go visit Youtube here and enjoy.

In other news, another WoW friend is visiting now and he's been great help in the past in inspiring me (in a good way!) for things for this comic. Hopefully things will get more up and running and regular, which we all know a certain Turkey desires.
Posted by Amy M at 2:13 AM No comments: 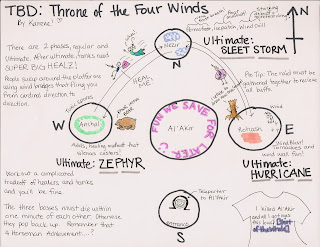